On Friday 14th January, John Whittingdale was delighted to welcome  Cllr Lee Scott, the Essex County Council Cabinet Member for Highways, to look at a number of traffic related issues in Maldon and South Woodham Ferrers.

The visit began at TCP in Quayside Industrial Park in Maldon where Cllr Scott was shown the company’s innovative Hydrogen-fuelled eco-lites. Developed by TCP and exhibited at COP 26, the lighting is used at a wide range of construction projects and events with zero noise and zero emissions.

John and Cllr Scott were joined by Cllr Jane Fleming to see the work carried out the day before his visit to repair the potholes on the Lower Fambridge Road. This road is the main link between Maldon and Burnham and South Woodham Ferrers and John has received a number of complaints about its condition. It has now been repaired and that the road surface is in very good condition.

John and Cllr Fleming took Cllr Lee Scott to Mill Road, Maldon, to look at the exit from the Lower Campus of the Plume Academy which is largely concealed. This causes particular problems during the peak times of school opening and closing. Several options were discussed, and it was agreed that immediate priority would be given to improving signage to warn road users that this is a school exit where there will be school children.

John and Cllrs Scott and Fleming met local residents, Simon Hammond and Elaine Rutherford to discuss the problems caused by speeding cars on Hackman’s Lane at the entry to the village. It was agreed that better signage was needed and that there should be more enforcement.

John took Cllr Lee Scott to meet Cllr Bob Massey to discuss highways issues in South Woodham Ferrers. In particular, they looked at the B1012 Burnham Road and A132. This road is the main route from the Dengie Peninsula and South Woodham to the A130 and is already very busy at peak times. There is widely expressed concern from local residents at the impact on the road which will result if the proposed development of up to 1500 homes to the north of the road around Sainsburys goes ahead. Cllr Scott said that the Highways Department would need to look at this and it was agreed that all options should remain on the table. 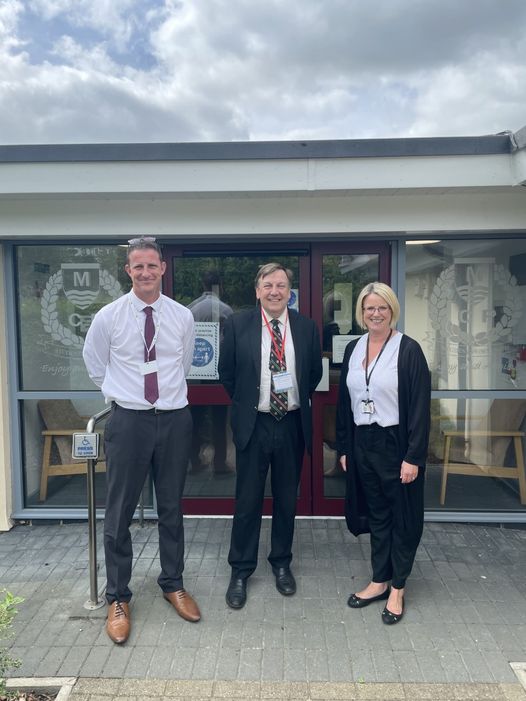