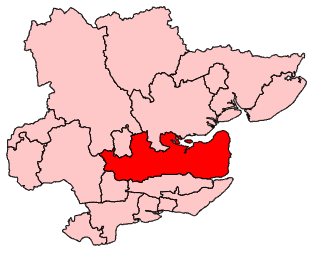 The Maldon Constituency was created in 2010.  It is situated in mid-Essex and is primarily a rural area with a long coastline.

It partly consists of Althorne, Burnham-on-Crouch North, Burnham-on-Crouch South, Heybridge East, Heybridge West, Maldon, Essex East, Maldon North, Maldon South, Maldon West, Mayland, Purleigh, Southminster and Tillingham from Maldon district. Maldon District Council is Conservative-controlled and, as Member of Parliament for the town of Maldon, John works closely with councillors and officers on issues affecting the District. Information about the Maldon District can be found on the District Council’s website.

The District has a population of 62,400 (estimated 2007). The main towns are Maldon, Heybridge and Burnham-on-Crouch.  The majority of people live in the small rural villages, many of which owe their origins to their connection with the coast or agricultural economy.The landscape and character of the District are dominated by the District’s 60 miles of coastline that includes the estuaries of the rivers Blackwater and Crouch. Many people know the area from its association with Sailing, but the Blackwater and Crouch are of international importance for nature conservation particularly for their extensive population of wildfowl and waders.   The District has an excellent mix of places to eat, shopping facilities, museums, charming villages, unspoilt countryside, country parks and a wide range of accommodation. The port is still trading today, and the old Thames Sailing Barges are still active on the river and can be seen at the Hythe Quay in Maldon, although their payload is now passengers rather than the more traditional cargo of yesteryear.

Bicknacre and East and West Hanningfield, Little Baddow, Danbury and Sandon, Rettendon and Runwell, South Hanningfield, Stock and Margaretting, South Woodham Ferrers, Chetwood and Collingwood, and South Woodham Ferrers, Elmwood and Woodville from Chelmsford also fall within the constituency of Maldon. The remaining wards are within the Chelmsford constituency., Further information can be found on the City Council website. The whole borough has a population of just over 157,000 and is the focus for government, business, retail, leisure and culture in Essex. It will continue to be a major centre of development, with an estimated population of 169,400 by 2022. Chelmsford’s heritage dates back to Neolithic times, although it wasn’t until the arrival of the Romans in AD60 that a small town began to grow. Chelmsford was then named Caesaromagus or ‘market-place of Caesar’, giving it the great honour of bearing the name of Caesar – the only town in Britain to do so. After the Romans left, Saxon farmers settled in the countryside around the town, which was then known as Ceolmaer’s Ford.

The whole of the Maldon constituency comes under Essex County Council, which is responsible for education, highways, social services, and some planning and development issues. Further information can be found on the County Council website.

There was previously a constituency called Maldon between 1332 and 1983 so re-emergence in 2010 sees an interesting return to the past.